What is Networking Hardware?

Networking hardware, also known as network equipment or computer networking devices, are physical devices which are required for communication and interaction between devices on a computer network. Networking devices may include gateways, routers, network bridges, modems, wireless access points, networking cables, line drivers, switches, hubs, and repeaters; and may also include hybrid network devices such as multilayer switches, protocol converters, bridge routers, proxy servers, firewalls, network address translators, multiplexers, network interface controllers, wireless network interface controllers, ISDN terminal adapters and other related hardware. NOTE: Some of the above have been broken out into their own categories. 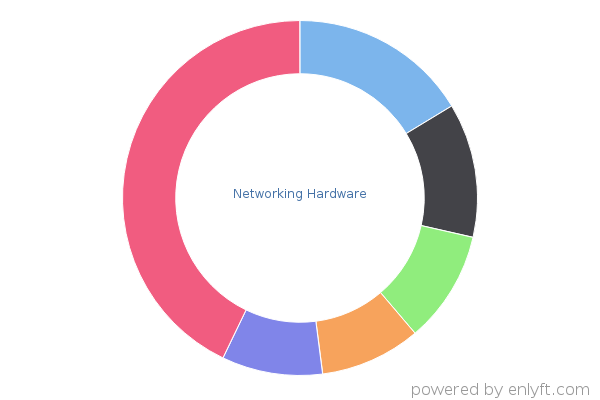 Request report for all products in Networking Hardware

What happens once I submit a request?

Someone from the Enlyft team will get back to you within 24 hours with more information.

How much is the cost?

The cost depends on various factors, such as number of records, number of products and use of advanced filtering and search criteria.

Will I start getting spam on my email?

Definitely not! We will not be adding you to an email list or sending you any marketing materials without your permission.

Trusted by some amazing companies