What is Ad Networks?

An online advertising network or ad network is a company that connects advertisers to web sites that want to host advertisements. The key function of an ad network is aggregation of ad space supply from publishers and matching it with advertiser demand. The phrase "ad network" by itself is media-neutral in the sense that there can be a "Television Ad Network" or a "Print Ad Network", but is increasingly used to mean "online ad network" as the effect of aggregation of publisher ad space and sale to advertisers is most commonly seen in the online space. The fundamental difference between traditional media ad networks and online ad networks is that online ad networks use a central ad server to deliver advertisements to consumers, which enables targeting, tracking and reporting of impressions in ways not possible with analog media alternatives.

At enlyft, we use sophisticated, patent-pending algorithms to track the use of various Ad Networks products and technologies. We track 16 products in the Ad Networks category, and have found 143,566 companies using these products. 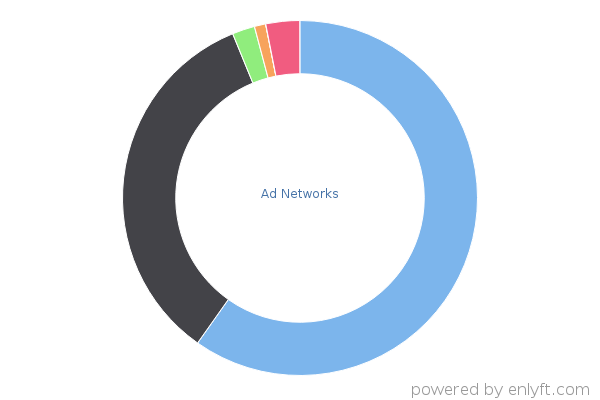 Request report for all products in Ad Networks

What happens once I submit a request?

Someone from the Enlyft team will get back to you within 24 hours with more information.

How much is the cost?

The cost depends on various factors, such as number of records, number of products and use of advanced filtering and search criteria.

Will I start getting spam on my email?

Definitely not! We will not be adding you to an email list or sending you any marketing materials without your permission.

Trusted by some amazing companies