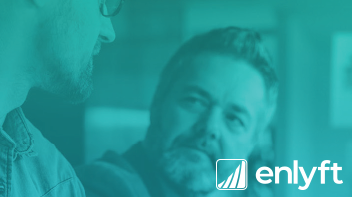 While Microsoft Corp. is known for securing multi-million-dollar deals with global industry leaders, the company has maintained a strong commitment to the SMB market—companies much smaller in scale, but still facing the same productivity and technology challenges as much larger companies. Microsoft views the SMB market as a growth engine, comprising more than 70 million companies worldwide that - combined - spend more than $300 billion on information technologies every year.

"Standard firmographic data isn’t very helpful if you’re trying to determine whether a company is ready to buy your software. A printing company in Seattle with 100 employees might look virtually identical to one of similar size in Charlotte. Yet one may be technologically advanced and eager to digitally transform while the other is content with traditional solutions and won’t budge. What we needed was a way to distinguish a promising lead from its peers.” - Nicolas Facon

Discovering and Engaging the Best Prospects Among Millions

Even a company as large as Microsoft has resource constraints. As Nicolas Facon, Senior Director of Worldwide SMB Sales Programs for Microsoft correctly notes, the issue is a matter of scale. It’s simply impossible to manually sift through company profiles, identify the prospects most likely to buy, and engage them in a compelling way.

“My team needed to narrow its sales funnel to include only those companies for which it made sense to reach out, understand their challenges, and offer Microsoft technologies as a solution,” said Facon. “But the sheer size of the market—coupled with a lack of insight into what really drives a particular company to buy at a certain time—proved to be a highly challenging situation.”

Facon’s team started by studying their existing customer base to develop an ideal customer profile for each of Microsoft’s various cloud-based products and services. Their thinking was they could identify similar companies using standard business databases and then score them against the ideal customer profile.

With little information about their targets, Facon’s team spent too much time asking basic questions, which left less time for the engaging discussion that led to sales. And again, part of the problem was scale. Facon needed to solve for three missing data points:

If the problem was one of scale, then the answer needed to be as well. In a market of more than 70 million companies, the first bullet above was the key. In the SMB market, account fit takes on higher importance earlier in the sales funnel. Only after a company satisfies “fit” criteria could “intent” even be considered. After trying other technology-based approaches, Microsoft turned to Enlyft, which uses AI and machine learning to help companies discover, understand, and engage best-fit companies that are ready to buy with highly targeted messaging.

Enlyft’s customer intelligence platform crawls billions of information sources, covering tens of millions of companies worldwide to discover information that reaches far beyond size, location, and other standard metrics. The company’s algorithms hone in on more than 11,000 firmographic, technographic, and other business attributes to determine both fit and intent. In Microsoft’s case, the resulting predictive models reveal which productivity and information technology companies currently use, what they will likely need next, and how soon they will need it.

The Enlyft solution combines breadth with depth, resulting in highly detailed profiles and account alerts to the sales team when a company offers a high chance of conversion if they are approached right away. Gauging intent, especially, requires an approach to data science that can only be done with AI. Analyzing intent signals such as the conferences a prospect attends, the people it hires, the webinars they watch, the white papers they download, and a host of other factors, is something humans don’t have the capacity to do at scale. The only sensible solution is to harness machine learning technology to extract patterns and glean a more holistic view of potential customers.

Another feature that appealed to Facon was the platform’s dynamism. While standard business databases are static, the Enlyft platform continually updates its information and learns from sales results in real time.

Using Enlyft, Facon’s sales teams now focus their efforts on only the most promising leads. Sales staff no longer waste time asking a company about its business practices or technology because they have the information at hand. Prospects are impressed by their knowledge and receptive to solutions that match their needs. “I call it data-driven customer intimacy,” Facon said.

But there’s a bigger payoff than impressed prospects. After three years of using Enlyft, Facon and his team have tripled response rates and increased the average deal size by 60 percent. And those figures are likely to improve as the Enlyft platform continually refines its models and predictive insights, based on sales results.

Regardless of outcome, the sales team enters the result of each customer interaction into the Enlyft platform, where algorithms reveal patterns that help Microsoft tailor its outreach with greater precision over time.

"The machine learning engine is always on,” Facon said. “We keep refining our models, and they keep getting better all the time."

The bottom line for Facon’s team is they can now target small- and medium-sized business prospects with the kind of accuracy and personalization that was previously available only for major accounts. And they do it on a truly massive scale.

Out of Microsoft’s initial universe of 100 million companies, Enlyft and Microsoft have used Enlyft’s best-fit model to identify and focus on roughly 5 million targets. These companies have shown a multitude of signals indicating they will be strong prospects when approached at the right time. The platform alerts the sales team when that hour strikes.

The ability to have a timely, personalized conversation is something the sales team appreciates. Bringing rich context and relevance to prospect conversations have transformed what was a cold-calling activity into something closer to a warm introduction.

“SMB customers don’t expect Microsoft to engage with them directly and are even more surprised when the sales person already has a deep understanding of their business and what value digital transformation can bring to them specifically,” said Facon.

Microsoft has begun experimenting with ABM-empowered Sales Plays in the SMB market, using the Enlyft platform. While the effort is still early, it’s already showing strong marketing engagement, much shorter sales cycles and – just as it did for Facon’s Tele sales team – significant increases in deal sizes and conversion rates.