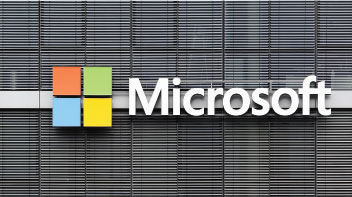 We knew we had varying win rates from account to account. In 2015, John Jenkins, the Director of Business Strategy for Microsoft’s Worldwide Corporate Accounts segment, was intent on improving the pipeline health of its mid-market customers, which, at the time, comprised tens of thousands of customers. Traditionally, it had been challenging for the team to predict which accounts were most likely to adopt Microsoft’s various cloud offerings.

On paper, many of the mid-market accounts appear similar on a firmographic level--they have similar annual revenues, employee counts, and are associated with six to seven target industries. Despite appearing similar, Microsoft knew from experience that customers varied significantly in their buying propensities.

"We were looking to work with a predictive modeling vendor to help us focus in on these variables and improve them over the long term."
JOHN JENKINS, MICROSOFT

Over three consecutive quarters, the pilot locations consistently generated superior results. After Microsoft had run a vendor-to-vendor bake-off over a period of three months, it selected Enlyft as its vendor of choice. The two companies worked together to build seven predictive sales and marketing models, each targeting a different Microsoft cloud product identified as critical for growth. These models were initially rolled out in control pilots across 10 discrete locations (across Sales Development teams in the U.S., Canada, Australia, India, Brazil, Germany, France and the UK).

In comparing the results of these pilot regions with other regions not leveraging Enlyft’s models, the results were significant. Over three consecutive quarters, the pilot locations consistently generated superior results. The promising results motivated Jenkins to initiate a global rollout of Enlyft’s solutions.

"We ended up plugging in Enlyft’s predictive analytical capabilities and targeting recommendations into our monthly Sales Development Reps’ CRM-based lead flows, our quarterly territory planning models, and our ongoing territory and account segmentation processes that define our sales and marketing resource allocations...We now have a much more rigid way to effectively micro-segment accounts and know which accounts we should spend more of our sales team on."
JOHN JENKINS, MICROSOFT

To expedite development and delivery of its models, Enlyft has increasingly relied on the Microsoft Azure platform. Services such as Data Factory and ML Studio have been especially impactful in enabling Enlyft to seamlessly analyze terabytes of data and simplify complex tasks.

Armed with Enlyft’s solutions, sales teams are able to determine the unique attributes that cause specific customers to exhibit high buying propensities. Thanks to the use of Enlyft's models, Microsoft has been able to dramatically accelerate its sales pipeline velocity. By being able to more accurately predict likely qualification rates, deal sizes, and win rates, the team is able to more dynamically focus its sales efforts across accounts with the greatest propensity to buy new cloud solutions in the short to mid-term.

Especially significant for Microsoft has been the ability to more effectively personalize sales messaging specific to each customer. Since many of Microsoft’s cloud offerings have multiple diverse use cases, Microsoft had traditionally struggled to predict a customer's specific unique need for a particular offering. Armed with Enlyft’s solutions, sales teams are able to determine the unique attributes that cause specific customers to exhibit high buying propensities. Conversations with customers are much more meaningful and productive.

For Microsoft, the benefits of working with Enlyft have been transformative. Since the initial bake-off, Microsoft has witnessed nine quarters of consistently high results, including: